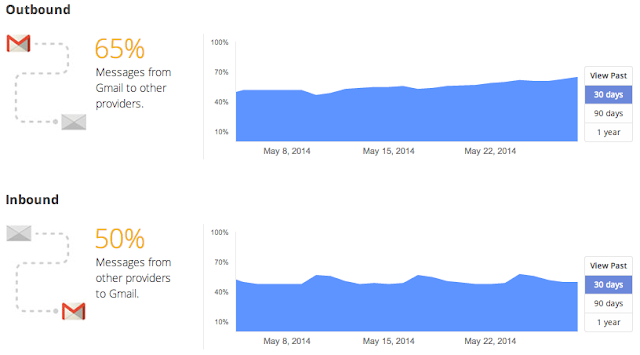 When you mail a letter to your friend, you hope she’ll be the only person who reads it. But a lot could happen to that letter on its way from you to her, and prying eyes might try to take a look. That’s why we send important messages in sealed envelopes, rather than on postcards.

Email works in a similar way. Emails that are encrypted as they’re routed from sender to receiver are like sealed envelopes, and less vulnerable to snooping—whether by bad actors or through government surveillance—than postcards.